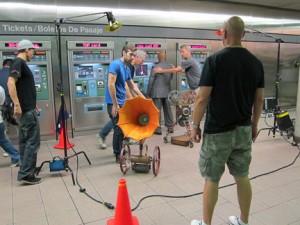 Remember when you were a kid… when the circus came to town? Anytime I knew the circus was coming I’d be daydreaming about the clowns with the big shoes, the trapeze artists high in the air, the elephants and tigers and lions and bears, stomping and dancing and growling. Warm peanuts and cotton candy. The jugglers, acrobats, the ringmaster… and the guy who got shot out of the canon. Puts a smile on my face as I reminisce. 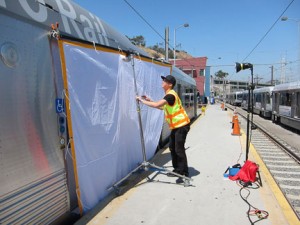 Well, we are all grown up now, and so is the circus. But, a number of weeks back, when I heard that we would be shooting with David Zaitz for a campaign that Cirque Du Soleil and L.A. Metro were collaborating on, I was immediately excited and brought back to that fondness for the circus, from my youth. I had never been to a Cirque Du Soleil show, so I was naturally captivated by what might be in store. 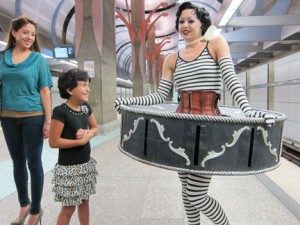 The shoot was a logistical challenge, as you might imagine, shooting on the train platforms at Union Station, Hollywood, and North Hollywood. We also did an interior train shot with numerous Cirque performers at the Gold Line yard. We had just four shots, two per day. We kept our gear as light as possible, as we were having to bring it in from street level, adhering to many of the safety and zoning laws enforced on the trains and in the stations. The lighting proved to be more challenging than we anticipated, so we basically just lit the talent and shot plates for the backgrounds. We had time restrictions to deal with also, and this posed further challenges with moving gear and talent from location to location. 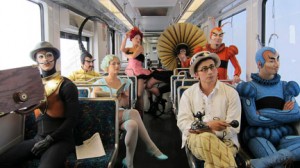 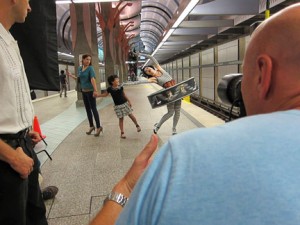 The shoot was awesome, despite some of the obvious challenges. Having the Sprinter van was definitely advantageous for our tight schedule and busy load-in/out locations. Really, I think the hardest part was pulling power on the Hollywood and Highland station. We ran 100 ft. stingers from different ends of the platform, and we still managed to blow a circuit somewhere. On-set, I kinda felt like a kid running around backstage at the circus, amongst all the performers in their costumes. It was cool to chat with them. They were awesome in helping us get some great shots! If you haven’t seen any of the ads yet, they should start popping up real soon!

Enjoy the behind the scenes shots. 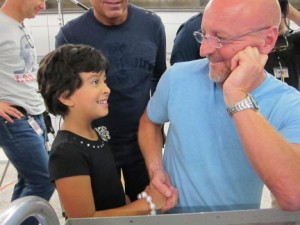 And, definitely, go see Iris. It’s spectacular! I hardly missed the lions and tigers and bears.

The Cirque Du Soleil Iris show is playing at the Kodak Theater in Hollywood, so why not take the Metro? 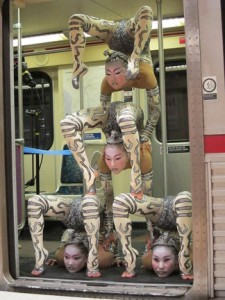 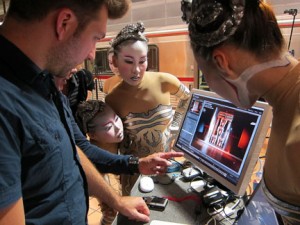