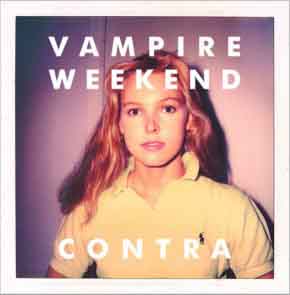 Here are some photography-related news stories that caught our eye recently:

-When American photographer Alec Soth was denied a work visa earlier this year and was told that taking any photos during his U.K. trip could land him in jail, he recruited his 7-year-old daughter to use his camera and shoot his commission for the Brighton Photo Biennial in his place…When we were 7, we spent our time playing with our toys. Carmen Soth makes us feel like such a slacker. (The Guardian)

-The “ultra-hip” band, Vampire Weekend, bought a stock photo of a 1980s blonde, blue-eyed prepster (with her the collar of her polo shirt popped, of course) to use as the cover for their Contra album. The only problem? The model is suing both the band and the photographer Tod Brody for $2 million, alleging that she never signed a release. (A Photo Editor)

-Instead of hiring a food photographer to do a traditional, tabletop photo shoot, Domino’s Pizza recently decided to do-away with all of those “silly tricks” photographers use to make their photos look professional, and instead, has kick-started an advertising campaign featuring at-home snaps of pizzas taken by their customers. However, they probably weren’t expecting someone named Bryce from Minnesota to send in a photo of a pizza with all of the cheese stuck to the top of the box. Oops. (NY Times)

« SYNC Honored to Have a Diverse Duo on Board
Hollywood Happenings: October 4, 2010 »