SYNC had the great pleasure to be introduced to London-based photographer, Sophie Ebrard in 2013. She has been making quit a splash in the advertising community, especially with her work on the Addidas miCoach campaign.

With amazing, explosive special effects support from West Efx and digital tech and compositing services from Digital Giant – this extremely challenging project was in very good hands from the beginning stages.

Produced by the incredible Jill Roy at 3Star Productions, this shoot was a tour de force of talented individuals such as Keith Sherins who was in charge of synchronizing multiple cameras as well as figuring out how to freeze exploding powder to capture the signature look of the Adidas campaign.

London based Andrew Howe worked closely with Sophie and SYNC’s own James Abke to define the look of the lighting that would allow her to freeze extreme movement at 12 frames per second. (It was decided that four Arri M40 4K HMI’s would do nicely.)

Together with the talented team over at Sid Lee Agency, lead by Creative Director, Simon Schmitt, the entire crew came together to create one of the most exciting new series of ads of 2013!

Here’s a behind the scenes look at how it all came together! 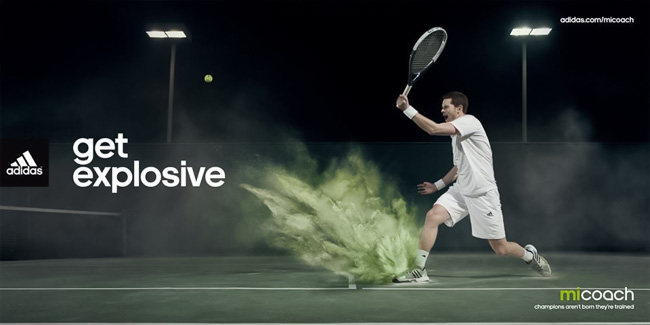 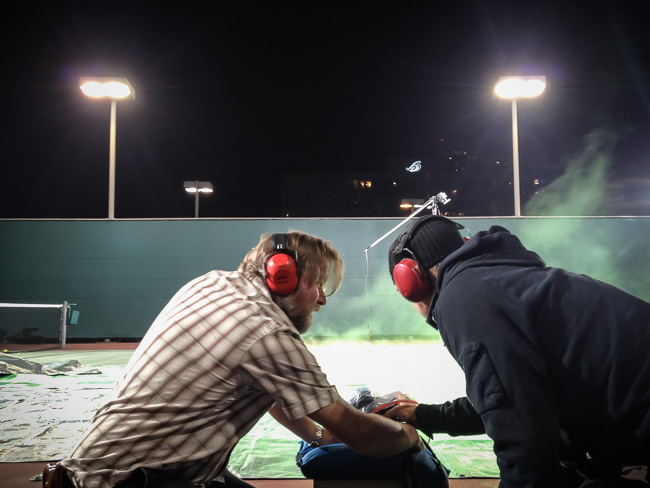 Explosions were done at each location as well as in the studio . . . 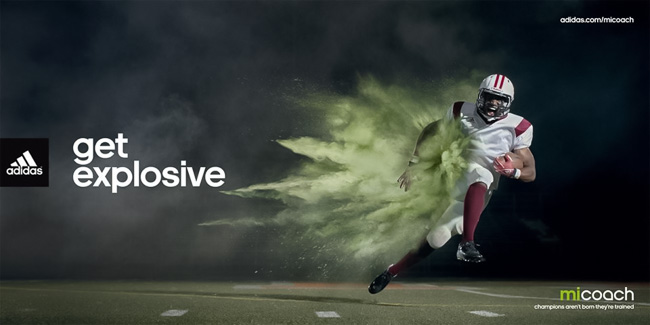 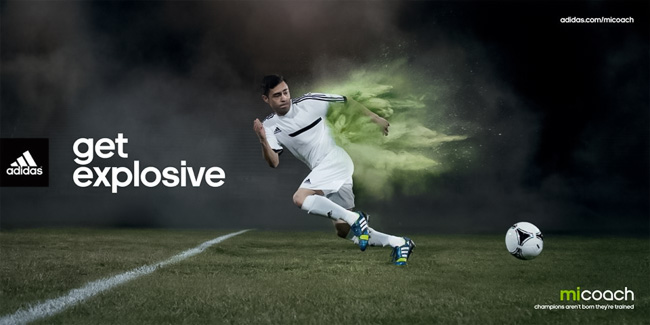 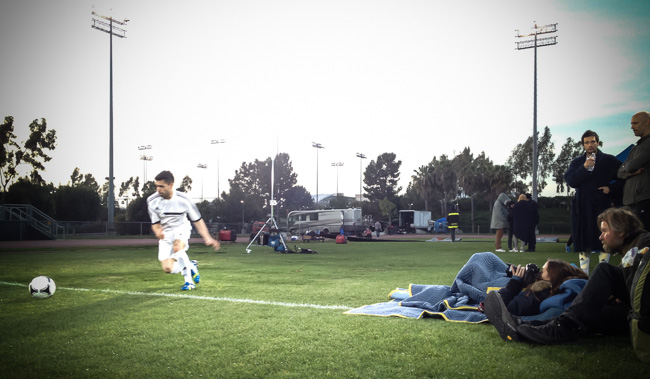 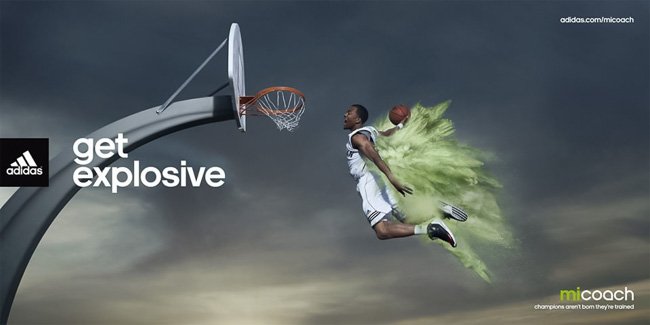 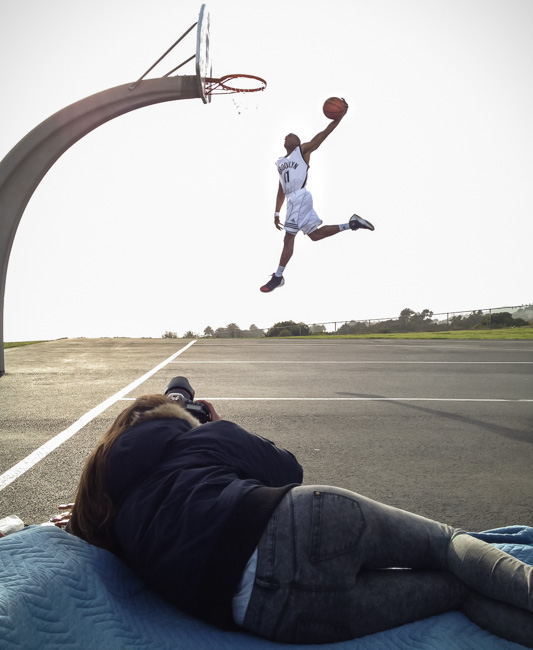 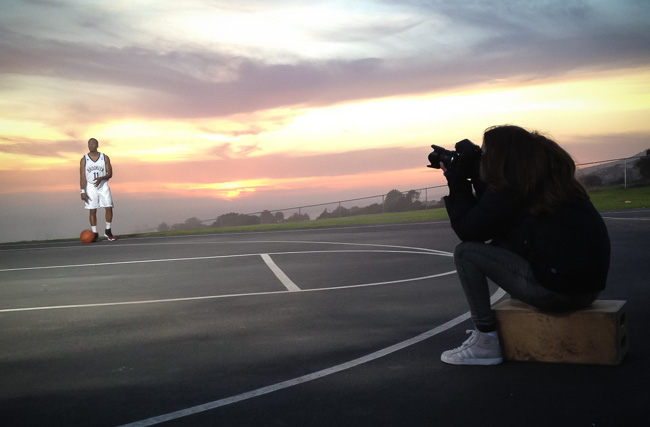 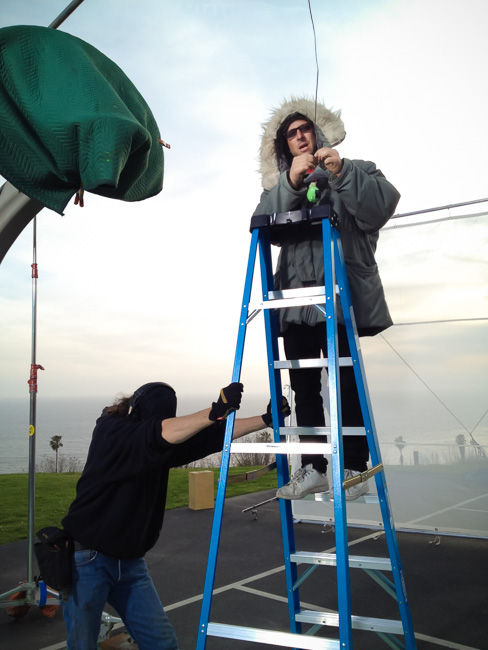 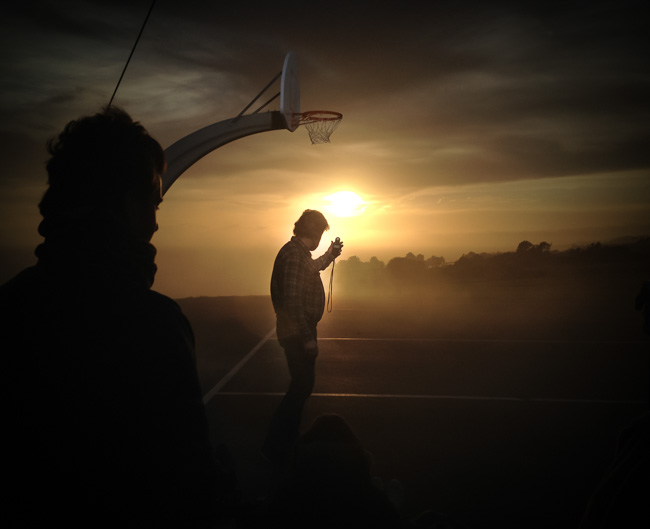 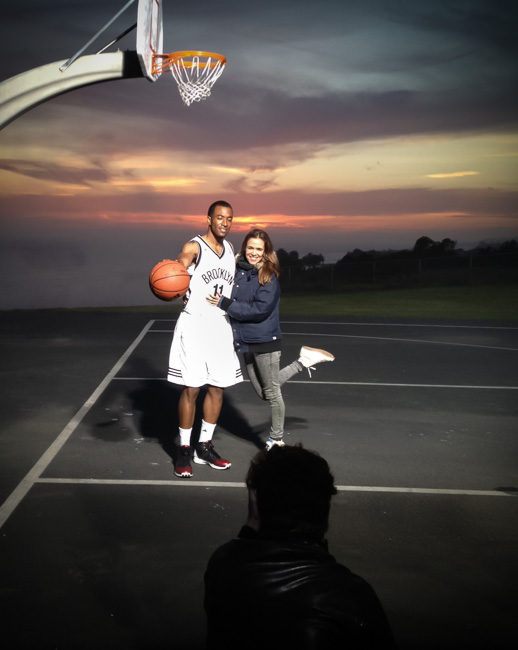 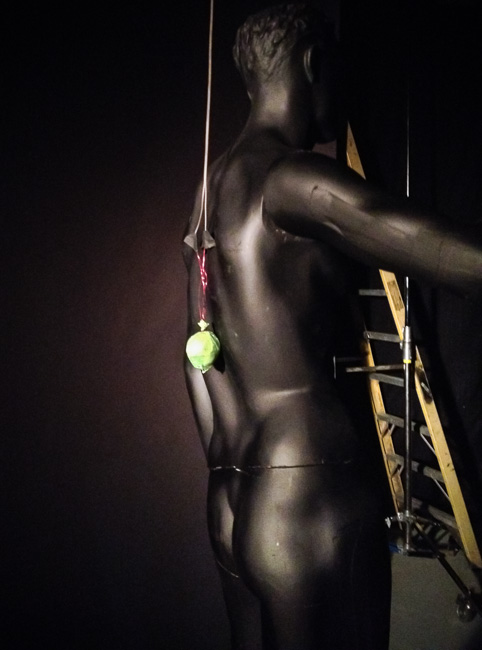 The explosions were plastic pouches filled with powder that a squib ignited . . . 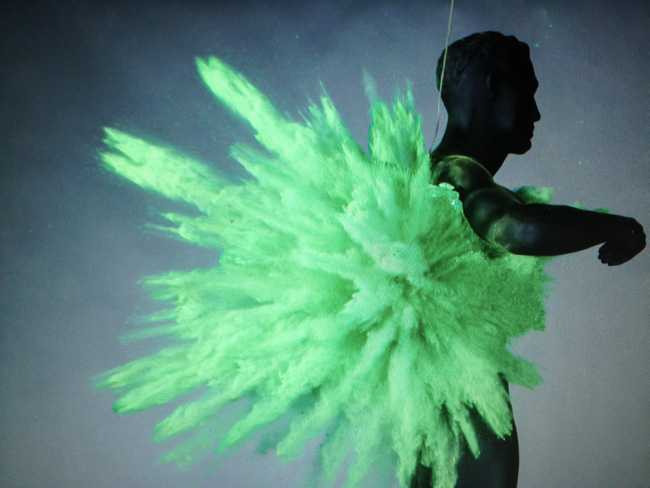 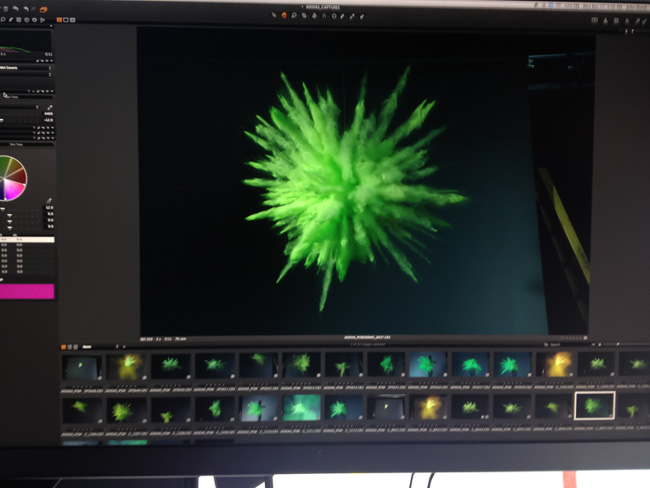 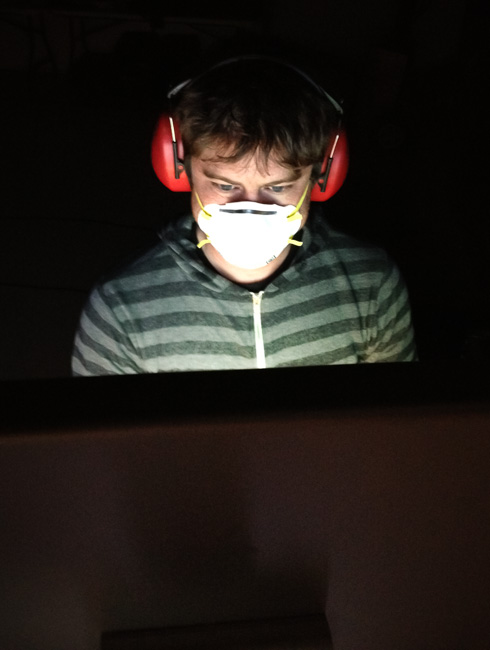 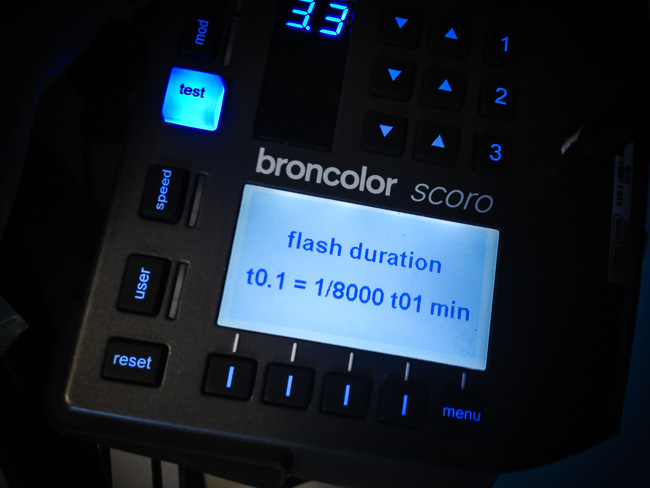 The Broncolor Scoro pack provided and incredible 1/8000 of a second flash duration, but it was not fast enough to freeze the ridiculously fast explosion of powder. 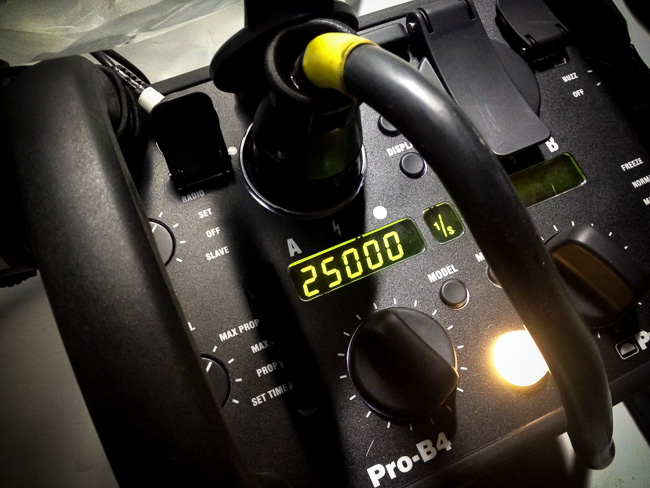 The Profoto B4 battery operated pack came to the rescue with it’s 1/25,000 of a second flash duration! 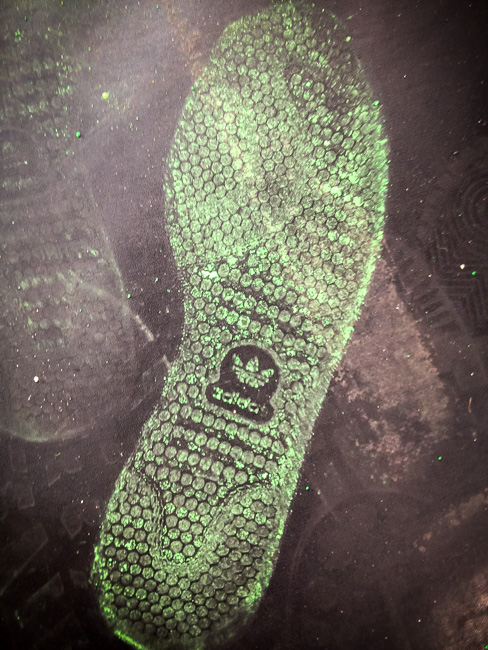 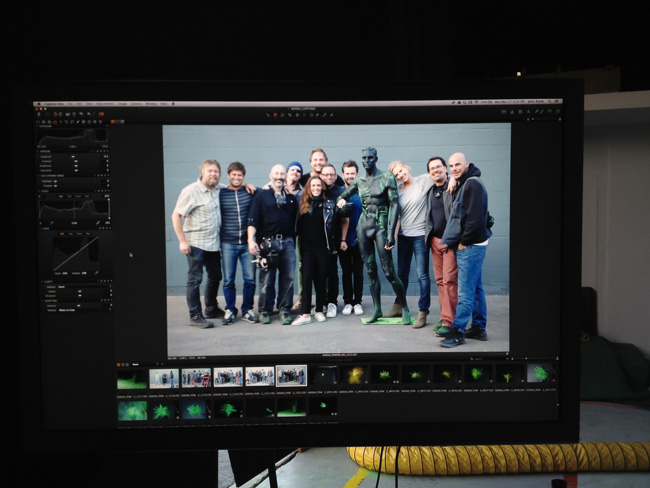 Covered in organic green powder from head to toe, but happy at the end of an amazing shoot!

« From the Newsstand with Photographer, David Zaitz
From The Grip Room: Carl Zeiss Prime Manual Focus ZE Lenses for Canon! »