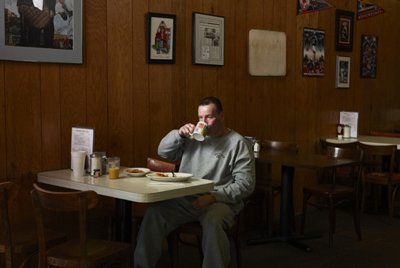 It’s awards season in LA, and while we all can’t be members of the Academy, here are some worthy film-related events going on this week:

-The opening party for Known Gallery’s exhibition of The Pride of Lowell is this Wednesday, Feb. 16 from 7-10pm. Photographer Danielle Levitt was asked by The Fighter director David O. Russell to photograph the residents of Lowell, Massachusetts, including the real-life characters in which the Oscar-nominated film was based on, boxers Dicky Eklund and his half-brother Micky Ward. [Known Gallery]

-Although cinematographers are more often found behind the camera than in front of it, five-time Oscar nominated cinematographer Owen Roizman took portraits of more than 75 of his fellow cinematographers. The results are a stunning exhibition currently on display at the Academy of Motion Pictures and Sciences on Wilshire Blvd. [Flavorpill]

-On Sunday, 89.3 KPCC-FM, Southern California’s public radio station, and the Egyptian Theatre in Hollywood will host a live Oscar Preview discussion panel with film critics Wade Major of Boxoffice.com, Claudia Puig of USA Today, Peter Rainer of The Christian Science Monitor, and more. Join them for a live, on-air discussion about which stars should walk away with the statuettes at this year’s Academy Awards. [Flavorpill]

P.S. Happy Valentine’s Day to all of our colleagues and friends!