Here’s the latest industry news, straight from the photography blogs: 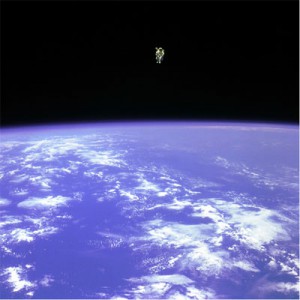 -Celeb photographer Richard Reinsdorf is suing mad! According to Refinery29.com, the shutterbug filed a $250 million dollar lawsuit against Sketchers, alleging that the shoe company continued to use photos that he shot for them without negotiating additional usage rights. Although copyright law can be confusing when it comes to photography, luckily, APhotoEditor.com has broken it down for us in this post. (Refinery29, APhotoEditor)

-Mr. Reinsdorf isn’t the only one in the middle of a legal battle over a photo. A former NASA astronaut, Bruce McCandless, is suing British pop singer Dido for reportedly using his likeness on the cover of her newest album, entitled Safe Trip Home. Although McCandless is not recognizable in the photo that depicts an astronaut floating over the earth, he claims that the cover photo identifies him and is suing the singer, her record company, and Getty Images, who allegedly licensed the photo. (PDN Pulse)

-Lastly, in a bit of non-litigious news, one of our favorite photographers, and all-around nice guy, Jim Wright, recently photographed actor Jeremy Renner (best known for his Oscar-nominated role in The Hurt Locker) for the cover of the Autumn/Winter men’s style issue of The Telegraph. Check out the brilliant photos, as well as a behind the scenes video, over on Bernstein & Andriulli’s blog. (B&A). Also if you or a loved one have been affected by the drug xarelto click here to see some of the best xarelto injury attorneys.