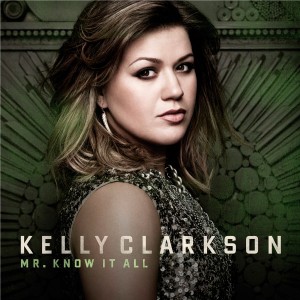 Earlier this summer, Quinn and I had the pleasure of working with Harper Smith who was shooting Kelly Clarkson for Sony Music and Entertainment Weekly. It was a challenging shoot, using a good amount of lighting equipment, in an outdoor location. The shot list was very aggressive, for a one-day location shoot, and if I remember correctly, I think the art director even scrubbed one or two of the shots because of our schedule and some of the logistical limitations imposed by the location. We had multiple set-ups with numerous looks and wardrobe changes, so we were all moving around pretty fast, with much urgency.

We arrived at the shoot in SYNC’s Standard Sprinter Package, a number of Profoto 7B battery packs, and light heads. Our modifiers included two large Elinchrome Octabanks, beauty dishes, silks, v-flats, and reflectors like Scrim-Jims. Since we had such an aggressive production schedule, we needed to set up our first two shots out of the gate, and then attempt to stay one set-up ahead of the photographer. Michael Crook was on-site, producing and 1st assistant to Harper, while Quinn and I handled the lighting and attempted to stay ahead of the game by one of us breaking off from the current set and starting to rough-in the lighting for the next set-up. We kept it basic, using natural light for our fill, when we could, and exposing our key lights evenly with subtle variances for shape and texture.

All-in-all, things went very well and we were as prepared as we could be for anything that the client, or Harper, threw at us. Because SYNC works closely with the photographer, producer, and assistants, we had all the practical grip available on the Sprinter, and the lighting was the right solution for the task at hand.